The Federal Reserve in a Time for Doves

A review of the race for the Fed's chairmanship by Ken Rogoff. Agree or disagree, this is interesting overview.

CAMBRIDGE – The battle is on to replace current US Federal Reserve Chairman Ben Bernanke. One might expect the Fed chairmanship – arguably the second most powerful official position in the United States, and certainly the world’s most powerful financial position – to be determined by a conclave of central bankers. In fact, the choice is largely at the discretion of the US president. So let us consider two of the leading candidates, Lawrence Summers, a former US treasury secretary, and current Fed Vice Chair Janet Yellen.

Both Summers and Yellen are brilliant scholars with extensive experience in public service. Whereas the mainstream press seems intent on exploring their candidacies as a contest of contrasting personalities, the fact is that both candidates are extremely well qualified. Moreover, both have a reputation for believing that the Fed should not place excessive weight on price stability relative to unemployment. Normally, this dovish bias would be a handicap; nowadays, it is an advantage.

The importance of technical competence in monetary policy has been proved repeatedly by central banks around the world. According to research published in 2003 by the economists Christina Romer and David Romer, the quality of monetary policy depends critically on whether central bankers have a clear and nuanced understanding of policy making and inflation. The 1920’s, 1930’s, and 1970’s are replete with examples of central bankers who did not understand the basics, and whose economies paid the price.
What this means is not just competence in setting interest rates, but also competence in regulatory policy. Some are criticizing Summers’s ardent pursuit of financial deregulation during the 1990’s, when he headed the US Treasury under President Bill Clinton. But these critics overlook his role in helping to fight that decade’s sovereign-debt crises, and his insistence that the US begin issuing inflation-indexed bonds.
In a complex and ever-changing policy setting, it is almost impossible to get every call right, and the important thing is to learn from one’s mistakes. Winston Churchill famously regretted overseeing the United Kingdom’s catastrophic return to the gold standard in 1925, when he was Chancellor of the Exchequer. His performance, needless to say, improved in later years.

Saw this posted at the Big Picture.

More Thoughts On the Jobs Report

First a few passages from Zero Hedge and MISH.

But most notably, and disturbingly, is that the industry with the most job gains in July was also the second lowest paying one: retail, which saw an addition of 47,000 jobs: far and away the biggest winner in the past month. The worst paying industry - temp jobs - rose by 8K in July following a revised 16K increase in June. And the reason for the swing in July: the plunge in another low-quality job group: Leisure and Hospitality, which increased by only 23K in July following 57K additions in June.


So not only are we seeing more lower paying jobs dominating the jobs gains, the gains are also part-time. Is this economic-related, related to the start of Obamacare? We shall see. I wonder if the relationship between the acceleration/deceleration in the employment gains and losses would look different adjusted for the 'quality' of jobs?
Posted by mchristy363 at 8:11 AM No comments:

Jobs Gains Were Not Only Light of Estimates, Recession Risks Remain Elevated

Not only did the job openings of 162,000 came in light of what the Street was expecting (roughly 183,000), but more importantly the rate of change in the year-over-year pace of employment gains continues to slow. The current estimates show that total employment gains slowed by more than 750,000 jobs. This follows a slowing of 1.4 million in June and nearly 1 million jobs in May. The following chart shows this trend, as compared to year-over-year growth in GDP.

Although employment levels continue to increase, the rate of change in the rate of change suggests the economy is no where near as strong as some would like believe. Additionally, the weakening trends in employment suggest that a higher probability of recessionary conditions.
Posted by mchristy363 at 7:04 AM No comments:

Sure is a lot of dark blue on that heat map. Go figure considering the S&P 500 rallied considerably, adding 130 basis points in value. The outsized sector gains, on a price basis, were concentrated in the cyclical sectors, as you would expect. 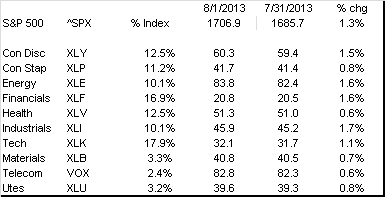 Although the price/volume heat map reflects the price gains on the day, as shown below, the overall volume levels remain anemic. I still think this calls into question the tenacity and durability of the rally. However, equities moving to new highs suggest further price gains are in the offing.

Although the market gained considerably in yesterday's trading, there are a fair number of names coming off the highs with volume. 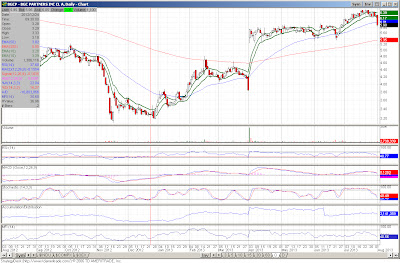 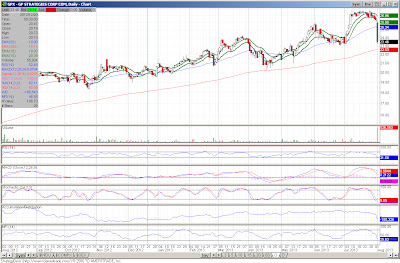 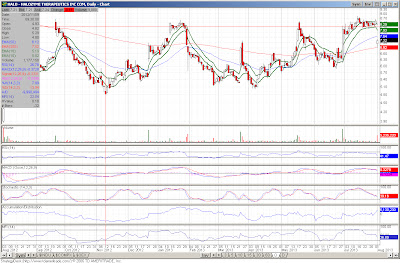 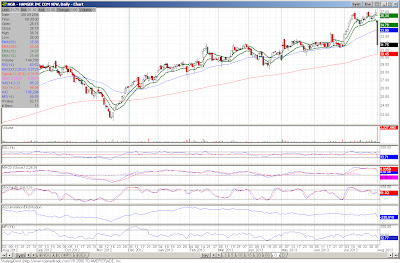 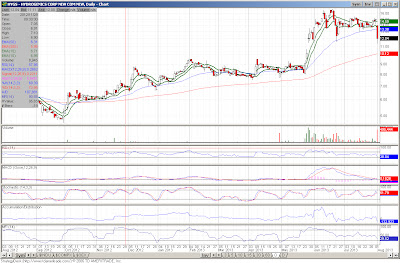 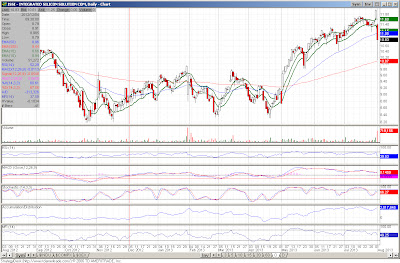 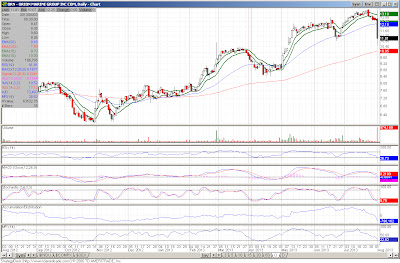 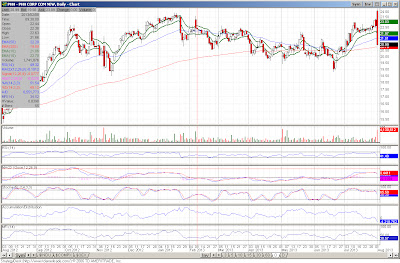 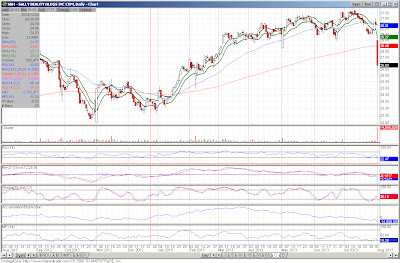 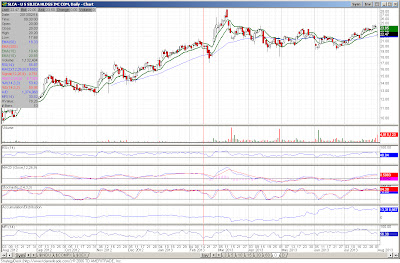 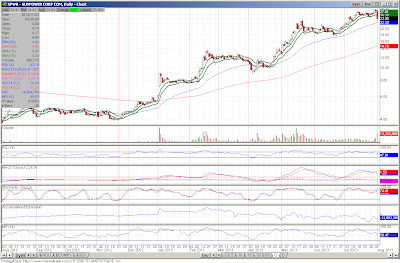 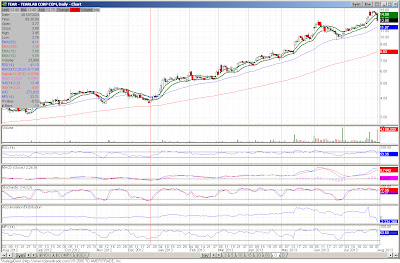 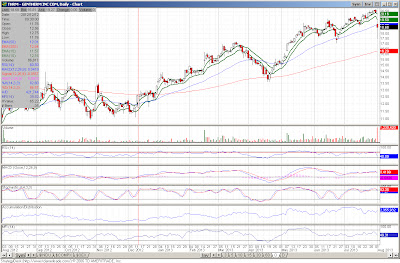 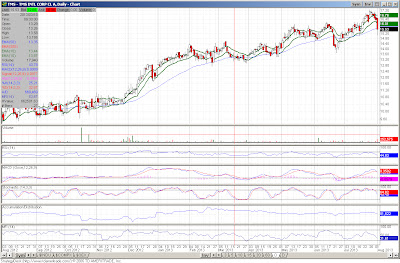 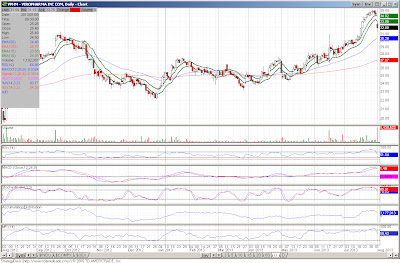